Working in-house for MigSolv data centre & Migration Solutions consultancy I was required to design a large welcome screen digital advert that could be either still or animated. Realising that I had some time to create this design I decided to challenge myself to create a flash animation rather than a still image due to its ability to be more compelling to view than a still image.

After some discussion with the CEO of the company we decided it would be best to advertise the consultancy service more than the data centre due to the clientele that would be attending the event. There would be many data centre operators but unlikely to be many people who required rack space. With this in mind, it was likely the consultancy could be a requirement of many of the attendees and so began the design process.

It had been advised by a marketing consultant that the consultancy sector should stand alone from the brand of the data centre and thus the look and the context of the site had been changing including a new strapline of Evaluate. Improve. Control.

Considering the brand was now different than before and it had a newly developed strapline I thought it was important to use it as the inspiration for the design.

Through the animation, you will see “Evaluate” with each letter being evaluated, “Improve” without the O with efficient power managers behind and “Control” with the text appearing as though it is being typed by the operator behind the text and logo.

The logo remained central to the design throughout to reinforce the brand whilst the images changed to show different areas of the business.

Although the main idea was to focus on the consultancy the data centre is very roughly advertised with the inclusion of the “data centre” slide that moulds into “consultancy” and combines the two into one image and followed by an abstract image in the hope it is clear that the two areas of the business are different but the same.

Feedback was very positive and it was a great experience to be able to design such a large Flash animation for a screen so big and for such an important technological event. Only my first animation on this scale but hopefully not the last! 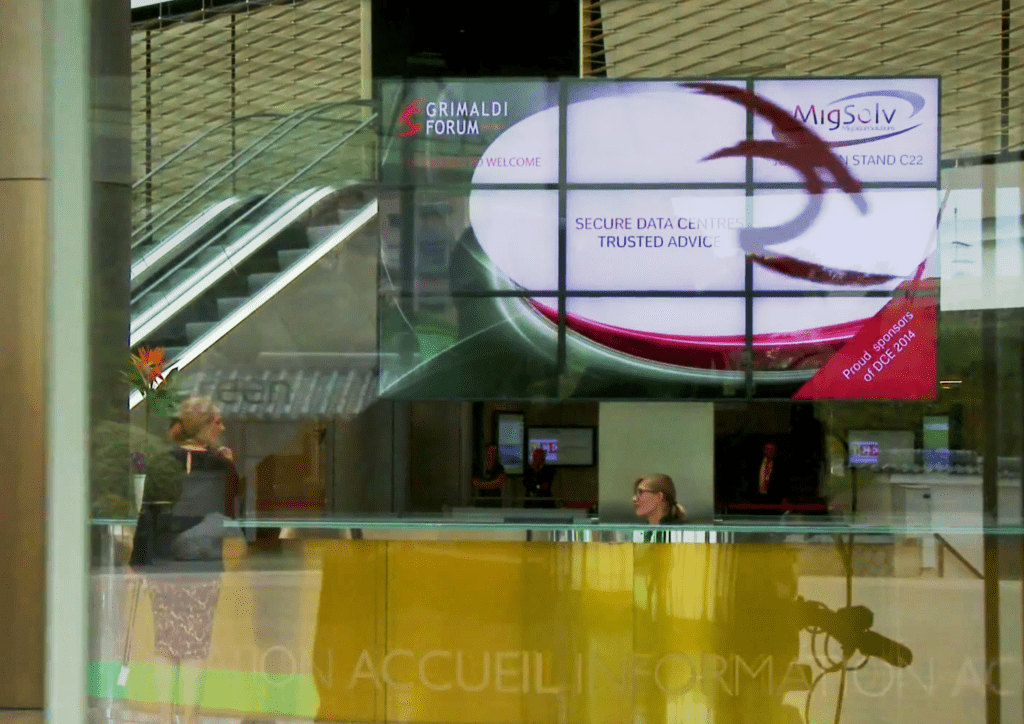